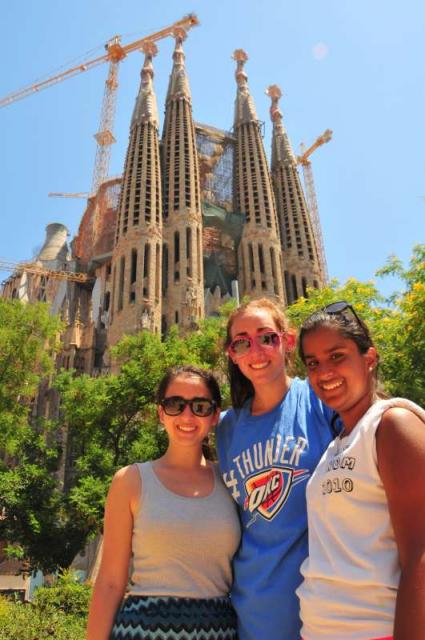 There are few cities with as much character, charm, history, art, and beauty as the Catalonian capital. Visiting Barcelona evokes a feeling which cannot be easily articulated, but is undoubtedly what has drawn world famous artists, writers, architects and filmmakers to live in the city over the past 2 centuries. Most of them drew much inspiration from the city itself and were eventually commissioned to make their mark on its infrastructure.

Central to its charm is the Old City district, split by the famous la Rambla boulevard, where travelers and locals swarm. Walking down la Rambla is an experience in and of itself—part bazaar, part circus, part cosmopolitan restaurant row, la Rambla is made up of an ever-flowing river of people (centuries ago the street itself was a river) who gather, sometimes in the hundreds, to watch the top-notch street performers (some are so good they can make 80,000 Euros a year!), marvel at original works of art sold by the artists themselves, or shop for anything from live birds to designer clothing. On either side of La Rambla is a disorienting network of shady pedestrian streets which occasionally give way to quiet plazas with fountains and outdoor cafés. These streets are packed with tiny shops, restaurants, quaint live music venues, hostels, and hotels; it is on these streets, just 2 blocks from la Rambla, where we stay on our Spain & Portugal II trip and Barcelona Language program. 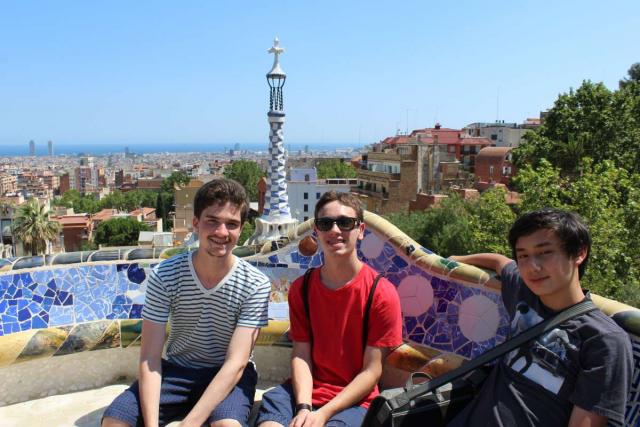 Another unique feature of Barcelona (thanks to remodeling efforts in preparation of the 1992 Olympics) is the mixture of modern sculptures and buildings with spectacular architecture from the old world. This inlay of old and new can literally be seen in the construction of one of the most visited monuments in the world, Gaudi’s Sagrada Familia Cathedral, still under construction after nearly 130 years! Two of the façades, which were constructed while Gaudi was still alive, are clearly from another era, while the rest is being built from a modern blueprint (the original blueprints were destroyed by anarchists at the beginning of the 20th century). 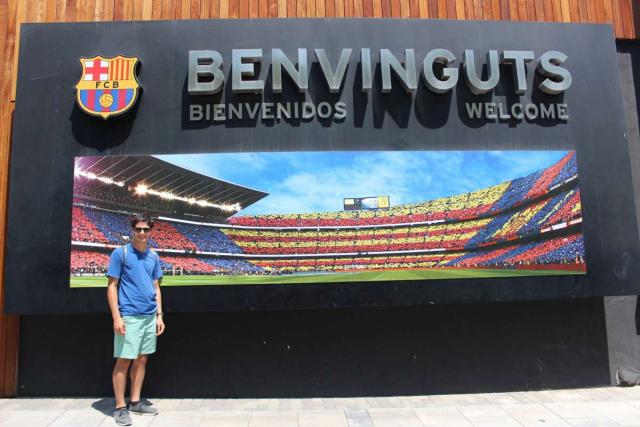 What would typically be considered ordinary or mundane activities back home are often a memorable experience in Barcelona. Sitting at an outdoor café in a quiet plaza with friends, listening to the occasional street musician play a Bob Marley cover on her guitar or watching a performer juggle 5 bowling pins while telling jokes is far more memorable than getting a latte at a crowded Starbucks back home. Walking to the store to buy a soda you may pass a 500-year-old gothic cathedral, a trippy looking street lamp designed by Gaudi, a Michael Jackson impersonator, a mosaic created by Miro, or any number of other sublime, surreal, and historic works of art, culture or architecture; it is unavoidable, a reminder of just how far you are from the world you’re accustomed to. Your mood is constantly elevated. 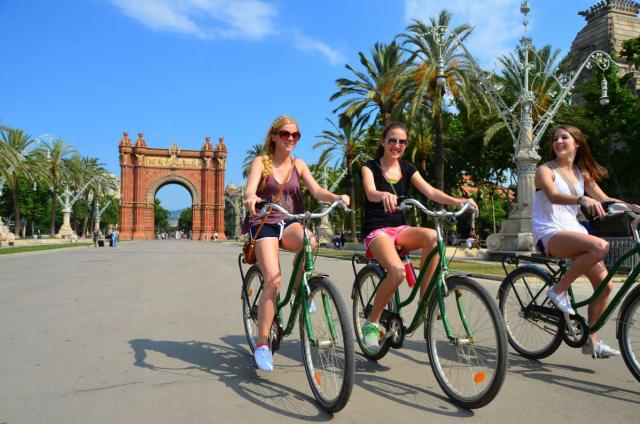 On all of our trips to Barcelona you’ll experience an intangible sensation that comes from the first time you walk up and down la Rambla, arch your neck at La Sagrada Familia, ride along the boardwalk and lie out on Barceloneta beach, cruise the harbor, stroll through Ciutadella park, get a panoramic view of the city and harbor at Parc Guell, and dance into the night at a club on the water. Join us this summer!