No matter how many times we see the Amalfi Coast, we really can’t get enough! This enchanting stretch of coastline on the southern coast of the Sorrentine Peninsula attracts thousands of tourists to its stunning views every year. Its landscape, dotted with picturesque villages clinging precariously to steep sea cliffs, is also so unique that it is listed as a cultural landscape UNESCO World Heritage site. Not to mention that once you take in these Italian picturesque village views, you will set your travel panorama bar preeeetty high for those panoramic shots to follow! 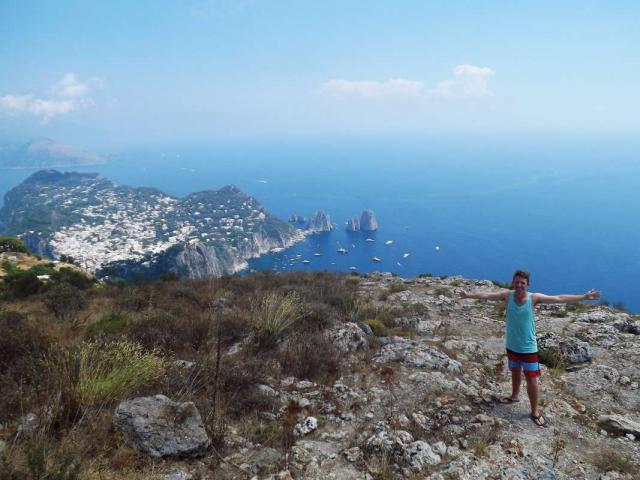 Nothing quite compares to the view looking down on Shibuya Crossing in Japan. Also known as “The Scramble,” this intersection in front of Shibuya Station is rumored to be the busiest intersection in the entire world! Watching the lights turn from red to green is like watching a video on loop with the crowds pouring in and out of the bustling streets. The hustle and bustle of the crowds paired with the awesome spectacle of giant video screens and neon not only puts Times Square to shame but is guaranteed to give you that “Wow – I’m in Tokyo!” feeling. 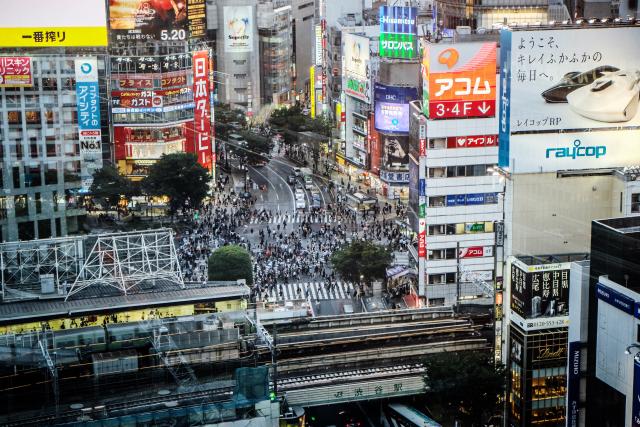 Overlooking the iconic Opera House, Harbour Bridge gives a truly unique view of the City of Sydney. While venturing to the top of the bridge is certainly not for the faint of heart, it will leave even the bravest travelers in absolute awe over this cosmopolitan city south of the Equator. 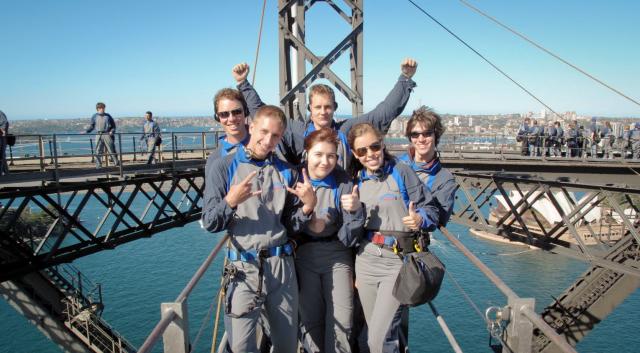 This white, fairy-tale-like castle of Hungarian kings provides spectacular views of the Danube River, the Hungarian Parliament building (modeled after London’s Parliament building), as well as the Pest side of the river. Both the castle and its surroundings are drenched in complex and beautiful history, providing views and historical insights to anyone who ventures to this side of the river. Check out the sunset views for some of the most awe-inspiring lighting in all of Eastern Europe! 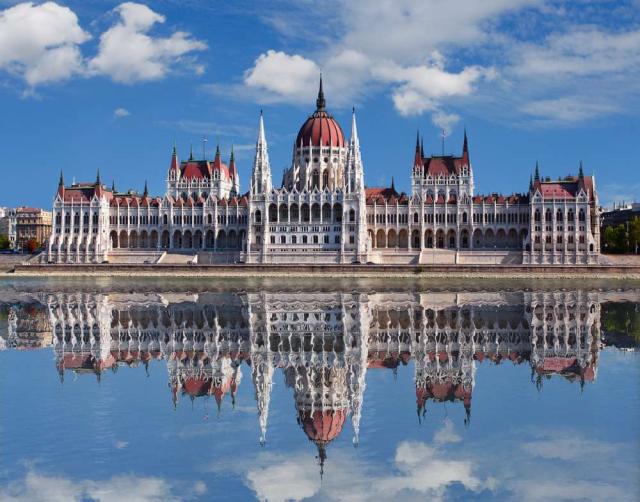 The view from St. George’s Castle gives a quintessential birds-eye-view of Lisbon. Red-roofed, white houses stretch as far as the eye can see. The perfect place to relax and soak up some Portuguese sun while watching life on the banks of the Tagus River drift lazily by. 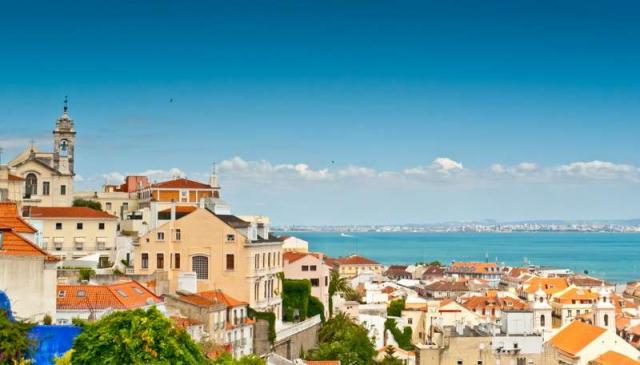 6. View of Paris from the Arc de Triomphe

While the Eiffel Tower does provide some amazing views of Paris, it doesn’t quite compare to standing atop the Arc de Triomphe de l’Étoile with the tree-lined avenues and boulevards meeting at the massive circle rushing around beneath you. With its location on Paris’s Axe Historique, a long perspective that runs from the Louvre to the Grande Arche de la Défense, the Arc de Triomphe is hard to beat when it comes to amazing perspective and complex geometric views of the City of Light. 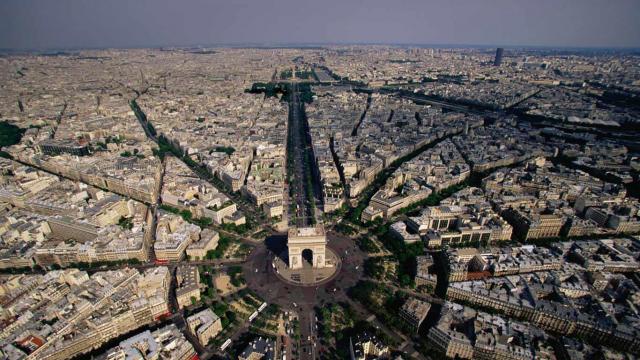 Everyone’s bucket list should definitely include experiencing the sunrise over thousands of temples in Bagan. You step back in time to the home of over 2,000 temples, pagodas, and stupas as you look out over the monuments stretching as far as the eye can see. Even higher up on your bucket list should be climbing to the top of the larger temples and watching the famous Bagan sunset. Now that is a breathtaking view to remember! 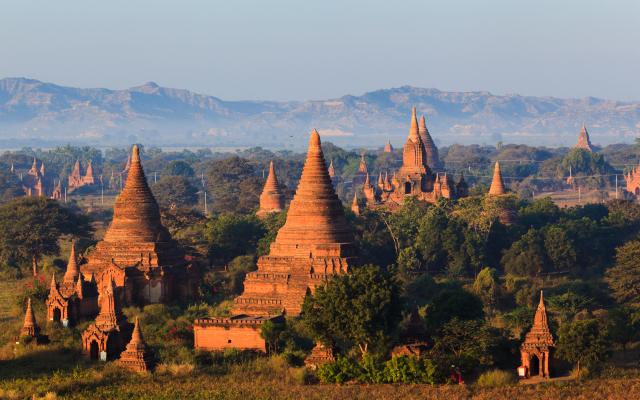 While no one is quite sure why the Inca people built the architectural wonder known to Peruvians as the “Lost City of the Incas,” it doesn’t make it any less awesome of a view. Whether it was used as a destination for religious pilgrimages, a retreat for Incan rulers, or as an astronomical observatory, to view the ruins that sit unseen from below is, by far, one of the most breathtaking sights you can experience. The combination of the history, the mystery, and the natural wonder of Machu Picchu make it one of the new Seven Wonders of the World and one certainly not to be missed! 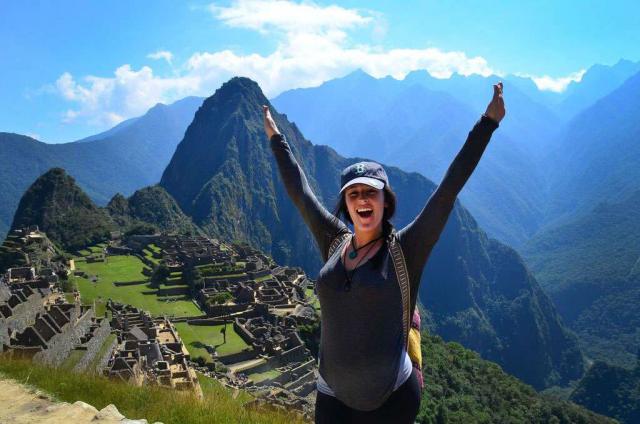 Hidden deep in central Costa Rica there lies a lucky town known as “La Fortuna.” Lucky, because when the nearby Arenal Volcano that towers over the village erupted, the town was spared any damage. This cone-shaped volcano is a main landmark of the region, and the best part is, the same geothermal activity that heats the lava in the volcano also heats the local hot springs. Go for a hike by the volcano, then rest your muscles in a natural sauna! 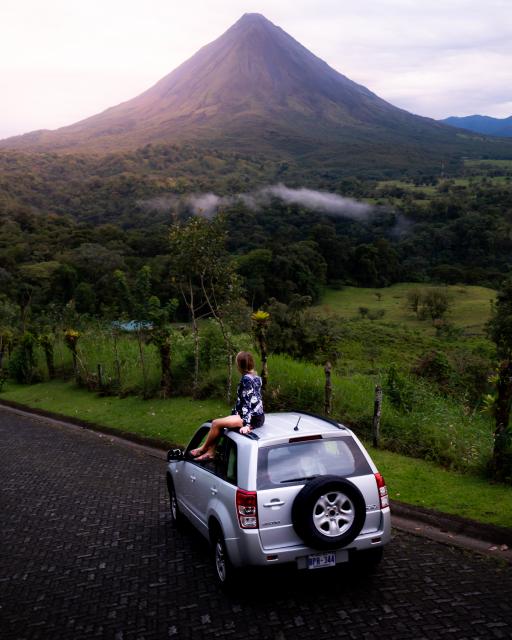 In case you couldn’t tell, we are really into every…single…angle from the top of Table Mountain. No matter how many times you venture to the top of this national park right smack in the middle of Cape Town, you will always find new angles to see and appreciate the Mother City. The different views include Signal Hill, the infamous Devil’s Peak and Lion’s Head, the City Bowl, Table Bay Harbour, and if you really squint your eyes, you might even see my house! 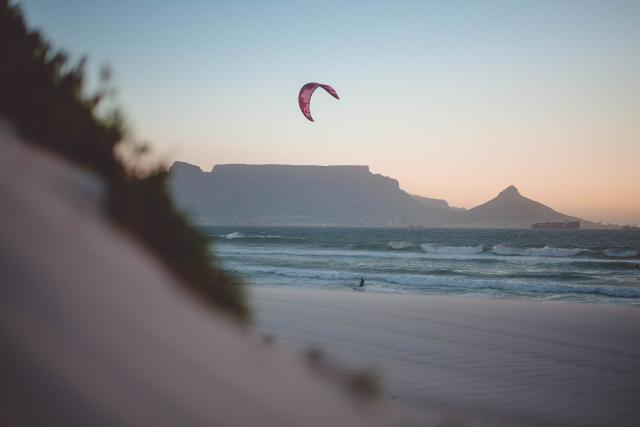