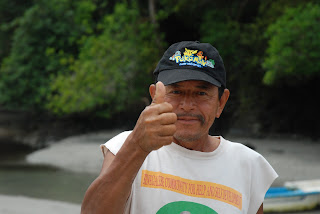 I read recently that the people of Costa Rica are the happiest on earth, which didn’t surprise me at all. In fact, within hours of landing in San Jose to do research for our 2010 Costa Rica Service & Spanish and Costa Rica Adventure & Service trips in October, I remember thinking the exact same thing; it wasn’t until I was boarding the plane home, having seen both the Caribbean and Pacific coasts and a few places in between, that I realized that ticos (Costa Ricans) could actually qualify for being the happiest population of people I had ever met! 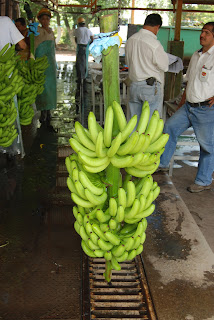 Considering Costa Rica’s rich natural beauty (over 50% of the land is protected national park!), the government’s decision to abolish its army in 1949, and an unprecedented commitment to environmental and social issues, it’s no surprise happiness is so ubiquitous. What is it like to be immersed in a population of such happy people? There’s only one way to find out… Pura Vida! 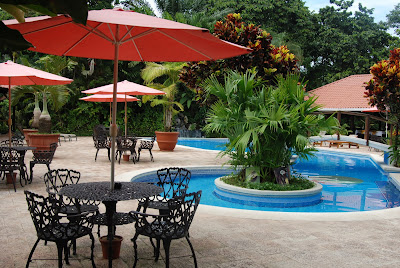 My trip, as will the Costa Rica Adventure & Service trip in August, began with a journey to the Caribbean coast to a lodge in Tortuguero National Park. The lodge sits on a thin stretch of land, sandwiched between the river and the ocean. To get there we drove the Pan American highway until we turned onto a dirt road that snaked for a few hours through the countryside and a banana plantation. Finally, we arrived at a river and hopped a riverboat that took us on a two-hour trip upstream. 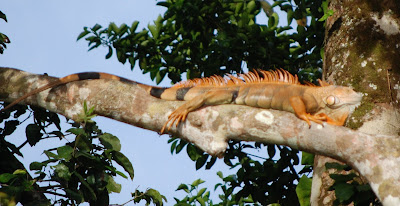 The lodge was impeccably maintained (despite being virtually a part of the surrounding jungle) and within minutes of arriving, I noticed an iguana the size of a chihuahua (a chihuahua with a four-foot tail) sunbathing in a tree. The lodge’s restaurant (meals consist of an amazing buffet for breakfast, lunch and dinner) is right next to the pool, which is right next to a small frog farm, where red-eyed tree frogs sleep all day. Perhaps my favorite part of staying at the lodge was how it blended so well with the jungle yet was extremely comfortable and not rustic. 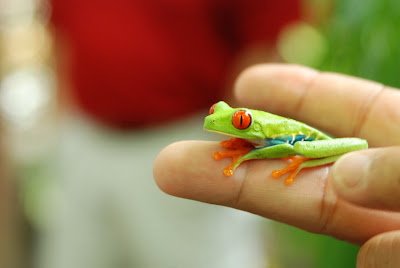 That night, a guest at the lodge came back from the beach and announced that there were turtles hatching and running down the sand into the sea–I grabbed my camera and ran out to see 20 to 30 baby turtles struggling to free themselves from their shell before brazenly flapping down the beach into the crashing waves. It was quite a sight–and something we’re sure to see on our summer trip as well! 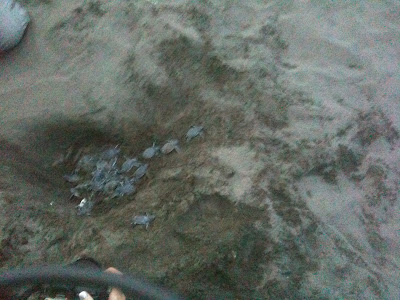 The next day I ventured down a dirt road that runs along the ocean to the tiny town of Tortuguero, which is supported mostly by tourism and fishing. Within 20 minutes of walking around the town, I got to chatting with a group of children who showed me a box of puppies, thoroughly enjoyed playing with my iPhone, and invited me into their houses. 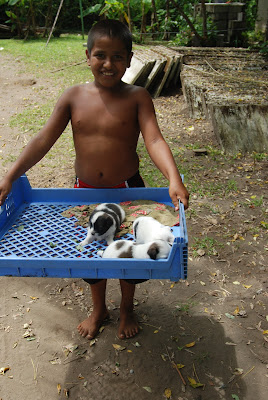 I spent the better portion of the day wandering around, meeting people, watching a local soccer game, and eating at a small restaurant. Walking back to the lodge that evening it occurred to me that, despite being in what technically constitutes a third world town, not one person asked me for money (only to email the pictures I’d taken) and I never once felt remotely unsafe or like I was an outsider; quite contradictory to previous experiences I’d had in the years I spent traveling in Latin America!

Tomorrow:
Photos from the lodge and the next leg of the journey, Arenal.