Top 10 Foods Worth Traveling For

If you want to truly understand a country and its culture, there is no better way than to try the local cuisine. The street food, restaurants and even communal cooking in a country is a fantastic way to mingle with the locals, while also exposing your taste buds to flavors that will not be forgotten!

No matter how adventurous or novice you are with trying new foods, this list has something for everyone that will be sure to tantalize your taste buds! 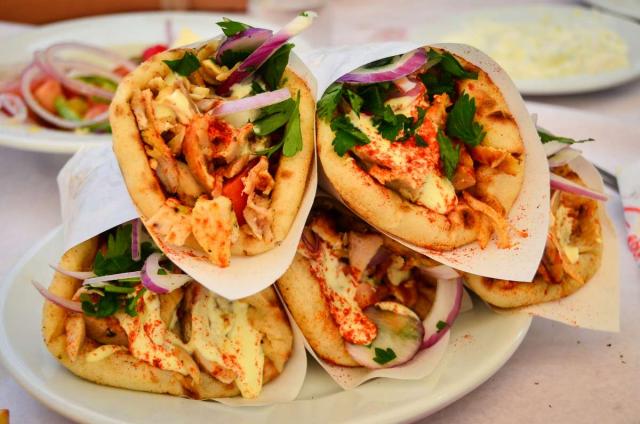 Awesome doesn’t even begin to describe how amazing gyros are (pronounced gyear-ose – aspirate the “g” a little bit), especially authentic gyros in Greece. The king of pitas is not only stuffed with all of your usual meaty, oniony, and saucy gyro goodness, but in Greece, they make extra room for French fries! They’re also the perfect option for food on the go when you’re busy site seeing and don’t want to stop for long. When you’re in Greece, remember that the Greek word “gyros” is singular, not plural, when ordering this street food of epic meat and French fry proportions. 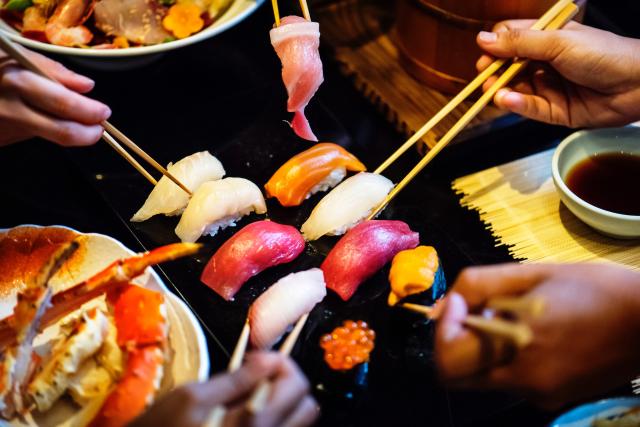 For the sushi enthusiast, eating authentic sushi in Japan will expose you to so much more than the Americanized sushi that we are accustomed to eating. If you’ve never had sushi before, then what better place to try it for the first time than in its country of origin! While the Norimaki style sushi, or sushi rolls, that we are so fond of in the United States is rarely found in Japan, you will have boundless opportunities to try other traditional sushi. Popular dishes include Gunkan (little cups made of sushi rice and dried seaweed filled with seafood or fish eggs) and Chirashi (a bowl of seafood, mushroom and vegetable goodness spread over sushi rice). Keep in mind that you should not mix your wasabi in your soy sauce as this is considered quite rude to the chef.

3. Haggis, Neeps, and Tatties in Scotland

In case you don’t know what haggis is, it comes from small, furry animals that live in the Highlands of Scotland. Their legs are slightly longer on one side so that they can run around the steep hills without difficulty. Okay, okay. That is a prank that the Scots LOVE to play on tourists and that many people often fall for, so now you will be more the wiser if you fall victim to this joke! Unfortunately, this Scottish national dish has an exceptionally bad reputation thanks to its mix of sheep’s innards, oatmeal, and spices, all wrapped up in a sheep stomach (doesn’t that just make your mouth water?). Yes, haggis doesn’t sound great, but the skills of modern-day chefs have made this once poor man’s food into something exquisitely delectable for all lovers of traditional yet contemporary meals.

What do you think of when you hear the word “escargot”? Snails. That’s right. Slimy snails. But once you get past the fact that you are, in fact, eating a cooked land snail, you will appreciate the hot butter and pesto blended together in perfect “melts in your mouth” harmony. A common starter in Portugal, Spain and especially France, escargot is an absolute MUST that you will learn to love and even crave. Plus, you get to eat them with teeny tiny forks and let’s be honest; who doesn’t love eating with teeny tiny forks? 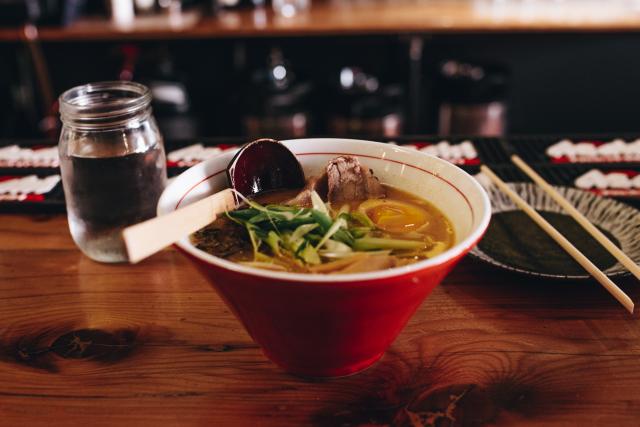 If you have not yet had pho, then you have not yet lived. For real. This Vietnamese noodle soup consists of broth, linguine-shaped rice noodles, herbs, and meat (usually beef or chicken). It is a quintessential dish amongst the locals in Vietnam and surely one not to be missed. While in the US it is common to find an array of sauces such as hoisin, sriracha and fish sauce at the table begging you to mix them into your soup, resist the urge to sauce your pho. The broth is something to be savored and to blast it with these sweet and spicy flavors before giving it a chance is borderline criminal.

6. Papas a la Huancaina in Peru

When traveling in Peru, you will discover that they really like their potatoes. That’s because Peru claims to be the proud country of origin for the potato, which is probably why they have so many variations of potato-based dishes. Originating in the mountainous city of Huancayo, papas a la Huacaina is a typical staple dish throughout Peru. These yellow potatoes drenched in a purée of queso fresco, aji amarillo, garlic, evaporated milk, lime juice and – drum roll, please – saltine crackers, are usually served as a side dish to a meal. While it might not be much of a looker, the sauce of papas a la Huacaina packs a flavorful punch that is tamed by the earthy potato and cooling egg, making it an awesome accompaniment to any Peruvian meal.

Nothing says “summer in Hungary” like a nice big cheesy, oniony, sour creamy, deep fried hunk of dough. Lángos is the perfect food when you are on the go and know that you won’t be eating again for quite some time (it is decadently filling). You can order your “flame bread” (“láng” translates to “flame” in Hungarian) with the usual sour cream and grated white cheese, or add a variety of accompaniments such as quark cheese, onions, mushrooms, kefir, or confectioner’s sugar and/or jam. Your mouth should be watering right about now.

8. Stroopwafels in the Netherlands

If ever there is a food to be on the lookout for, stroopwafels are it. These delectable little waffles made from two thin layers of baked dough with a caramel-like syrup in the middle are not only popular in the Netherlands and other European countries, but are becoming infamous worldwide. There have been sightings of this sticky goodness throughout North America all the way to Southern Africa. These waffles know no cultural culinary bounds.

Contrary to what the name might indicate, bunny chow is neither for bunnies nor does it contain any rabbit meat. One story has it that it gets its name from a group of people called Banias who ran a restaurant in Durban, South Africa, where they served this dish to its predominately Indian patrons (during the apartheid regime). The curry (more sweet than spicy) is served in a thick, hollowed out piece of bread and is absolutely to die for. Make sure that you are extra hungry, as this is one of the most filling meals you will find in the country!

A hangi is basically the Maori version of a barbeque, but way better because it involves digging a massive hole in the ground and cooking your food IN the ground! Meat and vegetables are placed in baskets and hot rocks are put in the pit with the food on top of them and then you cover everything with earth so that the heat doesn’t escape. Hangi meals usually consist of chicken, pork, big cuts of lamb (New Zealand’s best-known meat), sweet potatoes, pumpkin and other vegetables for a truly (Middle) earthy food experience that will forever change the way that you look at barbeques back home!